I heard about 500 Days of Summer back when I was in my first or second year in university. I watched it, but wasn’t impressed at all. I didn’t get anything out of the movie. It was a ‘nonsense’, ‘nothing special’ story to me back then. No surprise nothing about the movie remained in my mind except for that it’s about a guy loving a girl then they breaking up with each other. That’s all.

So when a friend of mine suggested this movie to me again this year, I thought it was new to me. After a while, I realized that it turned out to be an ‘already seen’ movie. Yet to me, it didn’t feel old because surprisingly, this time, I saw what I didn’t last time. In this second time, every single minute of the movie made such great sense that I wanted to quote the whole movie.

Getting excited about this movie, I couldn’t help discussing it with my friends. One said she couldn’t get it. Yeah, I know that feeling. I felt like her in my first watch. I told her, ‘Because there’s no message to get. It’s just about a feeling. Those who feel it will get it. Those who don’t won’t.’

I never cared much about movie quotes (I’m no big fan of movies). But this time, days after watching it, my favorite lines kept echoing in my mind. As casual and plain as they may sound, the lines mean so much beyond what mere words say. Because behind them are emotions which words can’t describe, yet are un-miss-able to anyone who feel them. 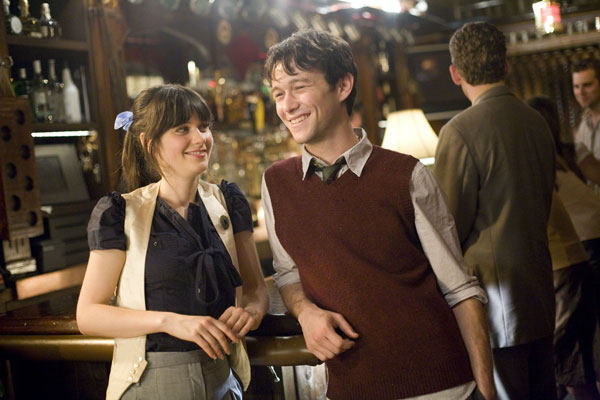 1. She’d only loved two things. The first was her long, dark hair. The second was how easily she could cut it off. And feel nothing.

Tom: So, do you have a boyfriend?

Tom: Come on. I don’t believe that.

Summer: You don’t believe that a woman could enjoy being free and independent?

Tom: Are you a lesbian?

Tom: I don’t know what you’re talking about.

Summer: Okay. Let me break it down for you. […] Okay. I like being on my own. Relationships are messy, and people’s feelings get hurt. Who needs it? We’re young. We live in one of the most beautiful cities in the world. Might as well have fun while we can and… save the serious stuff for later.

Tom: What happens if you fall in love?

Summer: What? Well, you don’t believe that, do you?

Summer: I just wanna tell you that, um… I’m not really looking for anything serious. Is that okay?

Summer: ‘Cause some people kind of freak out when they hear that.

McKenzie: Well, you know, Henry Miller said the best way to get over a woman is to turn her into literature.

Tom: Well, that guy had a lot more sex than me.

Summer: I’ve never told anybody that before.

Tom: I guess I’m not just anybody.

Tom’s friend: So what are you exactly?

Tom’s friend: Are you her boyfriend?

Tom: It’s not that simple.

7. I mean, things are going well. You start putting labels on it, that’s like the kiss of death.

Tom: Summer, I gotta ask you something.

Summer: I thought we were going to the movies.

Summer: Look, we don’t have to put a label on it.

Tom: That’s fine. I get it. But, you know, I just… I need some consistency. I need to know that you’re not gonna wake up in the morning and… feel differently.

Summer: And I can’t give you that.

Tom: Did you ever even have a boyfriend?

Tom: Well, tell me about them.

Summer: Fine. So…  Well, in high school there was Markus. […] For a brief time in college there was, um… there was Charlie. […] And then there was my semester in Sienna, Fernando Belardelli. […]

Tom: What happened? Why… Why didn’t they work out?

11. “Happy Valentine’s Day, sweetheart. I love you.” That sweet? Ain’t love grand? This is exactly what I’m talking about.  What does that even mean, “love”? Do you know? Do you? Anybody? […] It’s these cards, and the movies, and the pop songs… They’re to blame for all the lies and the heartache, everything.

You know what sucks? Realizing that everything you believe in is complete and utter bullshit. Uh, you know, destiny, and soul mates, and true love… and all that childhood fairy tale nonsense.

12. I was sitting in a deli and reading Dorian Gray…and a guy comes up to me and asked me about it… and now he’s my husband. So, what if I’d gone to the movies? What if I had gone somewhere else for lunch? What if I’d gotten there 10 minutes later? Coincidence. That’s all anything ever is. Nothing more than coincidence. There’s no such thing as fate. Nothing is meant to be.